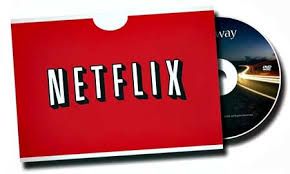 If you’re a Netflix subscriber, you got the same email I got this week…the rates are going up.  Twitter the other day was in an uproar with ‘Dear Netflix’ as a trending topic.  I got in on it a bit myself.  I’ve been with Netflix for quite some time now, and this is the second rate increase I’ve endured.  I’m a three strikes and you’re out kinda gal when it comes to company loyalty, so they have one more to go.  Now I’m not all irate with my panties in a bunch like some of those that took to twitter and their facebook page, but it is a tad irritating.  I guess my biggest qualm with it all is that the price is going up but the value is not.  The drawback to Netflix in my opinion is that they don’t come out with New Releases fast enough.  Aside from that, I don’t really have complaints.


We currently are on the 2 dvds at a time plan with unlimited streaming and I think we pay $15.99 for that.  It was $13.99 I believe when I first got the plan.  Now for that same plan it’s going to $19.99 and frankly that’s outrageous to me.  So we will be dropping the plan and cutting off the unlimited streaming.  We don’t use it.  Aside from the fact that our craptastic computer currently plays no sound…when it did, we still didn’t use that aspect of Netflix.  Me personally, I prefer to watch movies in the bed or on the couch, not sitting up at a computer.  For those of you with laptops, I can see the purpose, but even then, I wouldn’t wanna watch movies on my laptop.  Watching youtube videos and tv shows and other video media I can do online, but a full on movie I just would rather not.  And for these other things I would watch online, there’s Youtube and Hulu and even then, it seems that the shows I want to see are never available.  Just like how on my cable provider’s On Demand, they will have every show except the ones I want.  For example, ABC On Demand will have every show…The Batchelor, CougarTown, Grey’s Anatomy, Desperate Housewives…but what they won’t have is what I watch…Modern Family.  It’s like that with so many of the options for On Demand and Hulu is the same way.


So on our next renewal we will go to the at home only.  Right now the way we have it is…one is for the hubby…he’s watching all of the seasons of “The Wire” and one is for me…I’m watching all of the seasons of “Mad Men”.  I’m only on Season 1 and I’m on the last disc, so in between seasons I will go back to a movie or two.  Every so often we’ll get a family movie for our rare Family Movie Night.  It’s funny because I have a habit of getting a movie from Netflix and letting it sit around the house for weeks before I watch it, but if I’m watching a series I’m watching it all the time.  But that’s one of the best things about Netflix to me…the fact that I can keep that dvd for as long as I want.  And I’ve done that sooo many times.  Sometimes I just gotta be in a movie mood ya know?


In conclusion, the whole price increase in my opinion is unfounded and bad timing.  I’ve come to this conclusion on my own and in reading some articles, one of which I just read on Yahoo and it inspired this post.  Check it out here. The downside to it all is that I will no longer have the option to watch it streaming.  I did like this feature for workout videos because then you can watch the entire workout video before you buy it, or choose not to buy it.  But the upside is that I still get the same dvd plan that I prefer and use but it will cost me a few bucks less.  So for this Netflix customer, it’s not such a bad thing.  But as an overall consumer, I’m not a fan.


Here’s an excerpt from the article I linked above that will help put it in perspective:


Want to know the worst part? He’s right. PCWorld.com has a nice summary of Netflix alternatives. There’s Amazon Prime (no DVDs by mail, small streaming selection). Blockbuster by Mail (pricier mailed DVDs, no free streaming at all). Hulu Plus (no DVDs at all). Redbox (no streaming, pay by the day). In other words, even at $16, Netflix still gives you more than anyone else. So whether we like it or not, whether we can explain it or not, Netflix has indeed killed the best entertainment deal on the Web. Mr. Swasey has it half right: it’s gone from an extreme terrific value – to an average one.

Hi! I'm Aria and blogging is my true love! As my life changes my blog changes and there's a bit of something for everbody! So stick around and let's get to know each other!Read more...

Shop more of my closet on Poshmark

It’s been a busy Saturday of shopping! I’m alr

🧡🍂 This week on the blog I shared my Hallowe

My favorite cozy spot to curl up with a good book

On the blog today I’m sharing my fall front porc

Happy Monday!! I’m so grateful to have the day o

I have a few “happiest days of my life”. The d

Happy Sunday night! My weekend flew by and was pac

🎃 Happy Friday!! It’s been such a long week b

Happy Sunday!! I have my coffee in hand and I’m

Can a dining room be sexy? I am obsessed with this

I decided to switch up my fall mantle and I absolu

Real pumpkins for the win!! I went to @traderjoes

Sharing this pic from a couple of weeks ago when w

I made a sad attempt at adding garland to the top

Happy Saturday!! On the blog today I’m sharing a

I took a much needed day off today because all wee